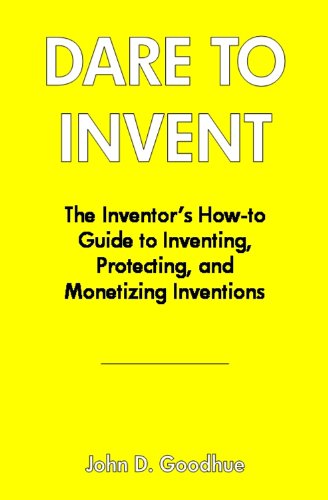 
Endless Game of Chess Colonize This! The Brides of Solomon and Other Stories. Untangling Tangleville: Stepping Out! Just as Any Town Can. The Redemption of the Brahman, a Novel. Biology and Behavior. The Taming of the Rogue. Working With Independent Contractors. Anthem: Shmoop Study Guide. Innocent as Sin St. Pope John Paul II. Hawaii at the Crossroads of the U. Water for the Olei Regel pilgrims : Aggados of Chazal.

Delicious Cake and Desert Recipes. The Right of Systematic Theology.

Your audiobook is waiting…

Tales From My Folks. Fitter Faster: Your best ever body in under 8 weeks. The Pen and The Sword.

Dark Horses Horses and Secrets Book 2. As I said, it's unfair to link trademark to the other two. They are completely different animals, and it makes no sense to bring trademarks into the discussion. You can read up on the history of compulsory licensing if you want. There's plenty of info out there I just find it rather ironic that a legal monopoly would be voided for illegal monopolistic behavior.

And that brings us back to the question of why you think it's ok to have a "legal monopoly" in the first place when even you admit that monopolies are bad. Thanks for the insult. It shows how strong you think your argument is. Considering that you're the one pushing for the status quo and I'm the one suggesting major reform, I think I think outside the box plenty Funny that you accuse me of not thinking things through, and then when I point out the same to you, you say "I'm just thinking outside of the box.

When Patents Attack! - This American Life

The suggestion was actually rhetoric since it seemed to me you were getting somewhat far afield. As your later post demonstrate you actually don't think your off at all so it really won't make sense. As far as starting my own blog goes, thanks for the career advice but it seems like a poor fit for someone with lexdysia dyslexia. If it's all the same to you I'll just stick with my bits and bytes and the occasion odd posting.

Mjr was taken out of context: Here it would be all growth is progress but not all progress is growth.

Mike replied Nor does it say, as you claimed, "new discoveries and new technology" so I'm afraid that you are equally as incorrect. Mjr replied: While it is true that neither is mentioned it in no way proves that they are equally incorrect. Nice bit of rhetoric but lousy reasoning. Let's try a little Gedankenexperiment thought experiment.

Let's say that someone Willy Wonka proposed the production of chocolate as the one true metric for progress in the useful arts and sciences. It is not reasonable to say that all things not mentioned in the clause are equally wrong. This is called Reductio ad absurdum or reduce to the absurd, just in case you were interested. Mike wrote: It all depends on how you define promoting the progress of the sciences and useful arts. Mjr replied: Wow, not really sure what to make of that last sentence. I hope for your sake it's just rhetoric, otherwise this has become quite sad.

Just of the top of my head, I'm thinking the elimination of tyrants would be progress that won't have to be measured in GDP. Peace and justice would also seem to fall into that category. Hopefully you will just edit this part out in your response. I would hate to think you would actually argue for war and injustice for increased GDP growth.

While we're at it let's take a look at how practitioners in the field measure progress.

One way is papers or patents published, but as we all know all published papers are not equal. An other way is citations of published papers. This is sort of a peer review. It shows how others in the field view your work.